A faulty disc whether Blu ray disc, DVD or even game disc can be quite annoying. But even more annoying is the fact that regardless of our very best efforts, discs always seem to develop faults at one point or another. Several faults could develop. Most times, these faults can be fixed and the disc does not need to be disposed of. How to recognize these faults and fix them yourself is the major point of discussion. The processes involved in dealing with these faults are quite straightforward. So much so that just about anyone could do it (as long as you are meticulous enough). The step by step guide which we will outline later should be able to assist you in dealing with any faults your discs might have.

To correctly identify faults, we should first know that a lot of the warnings we see at times, actually do not refer to faulty discs. Such responses as No Disc, Invalid File Structure, Disc Error, etc. usually are just already written messages of error. They could appear randomly from within the software as long as any kind of problem occurs. So, one could reasonably conclude that these error messages could be quite meaningless and have just about nothing to do with the actual problem. Hence, you do not have to worry that they are the result of a serious technical diagnostics carried out by the software.

So how then can one identify faults on a disc? Well, if you have one such disc that does not play in a specific machine or player, it is best to inspect the disc yourself. This inspection is carried out in good light. During this inspection, you should position the disc in such a way that you see the entire surface clearly and not just reflections of it. While looking at the disc under a good light source, you should be looking for scratches, heavy or prominent fingerprints, dirty areas or just about any form of an unnatural mark (a mark which is not meant to be on a disc). Most importantly, you should pay more attention to the center of the disc where most of the data originate.

A fun fact about discs is that regardless of the types of the disc in question and regardless of the information recorded within, the inner part is where the writing of the data begins and slowly moves toward the outer edges. Hence, that inner area is especially important because it houses the necessary information for the reader to recognize what type of disc is being played. It also helps the player recognize the exact location of the beginning data. This means that any sort of problem here such as marks or scratches could give the player the impression that the entire disc is inaccessible or even empty.

There are two types of errors. They are: 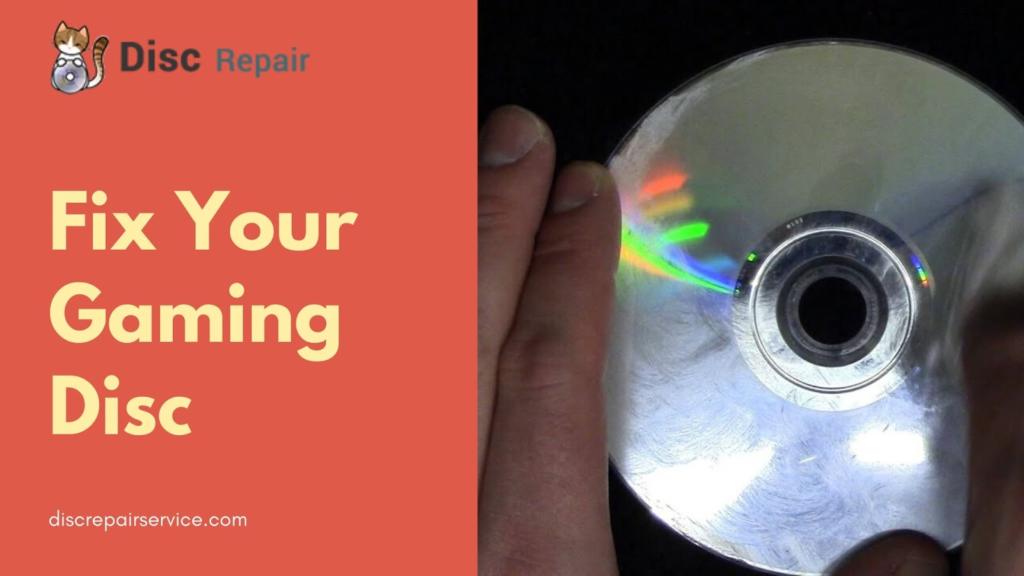 How to Repair Physical Damage Yourself

So, when you notice specks of dust or fingerprints or marks on your disc, it is recommended that you use a soft cloth to wipe the disc. This should be done in straight lines starting from the center to the edge. The disc is cleaned round this way. If after the cleaning, the problem persists, you might want to try your disc on another player or reader. If others read or play the disc, you should purchase a DVD or CD player lens cleaner for yours. However, if no player can play the disc, then you have a much more complicated situation on your hands and might want to opt for a data recovery procedure.

In most cases, simply cleaning the disc in the way mentioned above should solve the problem. But remember that all discs (whether burned at home or properly produced commercially) have a certain degree of error. The players and software used to read these discs are designed in a way that they overlook these inevitable errors or make up for them. However, when the error becomes much, then even the player could become helpless.